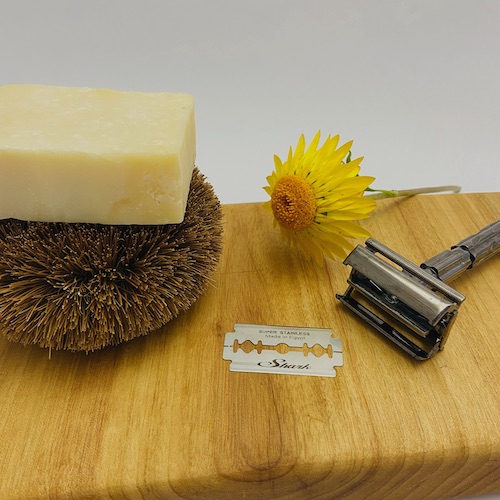 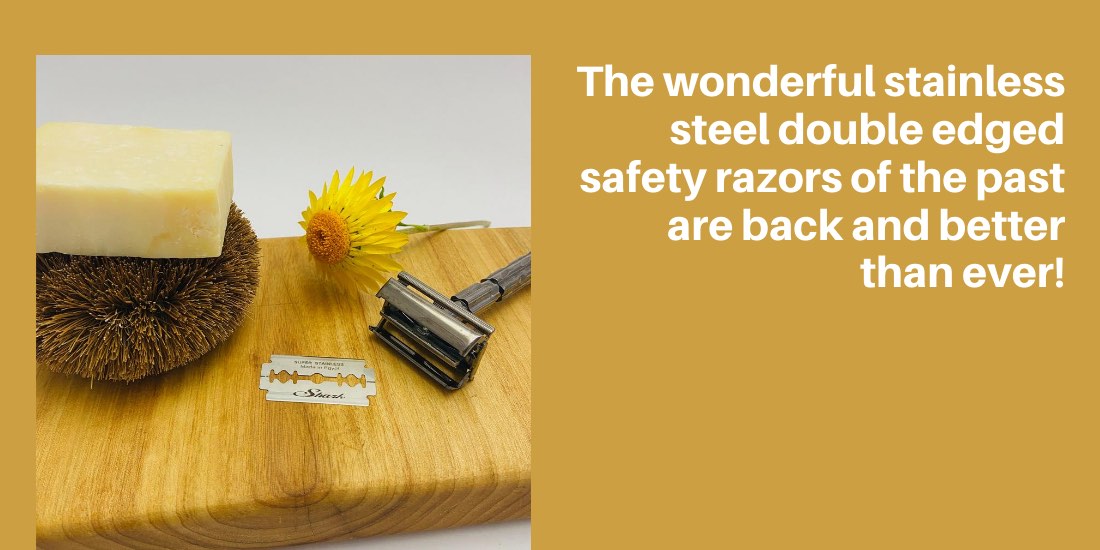 With excitement and some trepidation I have recently switched to a safety razor. My husband has been using his Parker safety razor for sometime now but I hadn’t made the switch as I was using my old razor's store of blades.

Double edged safety razors have been around since the 1900’s but since the 1970’s when disposable cartridge razors and disposable razors were produced we added these to the increasing landfill resulting from our increasingly disposable lifestyle!

NOW having used a safety razor for the first time I have to say I was impressed. It is so easy to use. I would give the safety razor a big thumbs and this is why:

• It is easy to use and lasts such a long time .
• Lather up well as this enables the razor to simply glide over your skin with ease and
we love our Australian Natural Soap Company shaving bar for its lathering capacity.
• Warm water helps to soften the hair before you begin shaving and go slow and steady.
• Light pressure is all you need, let the weight of the razor do the work.
• It is time to replace the blade when you feel it tug and pull instead of gliding. Men should
get 4-6 close shaves per blade.

TIP: Store your razor outside the shower to ensure that it completely dries between uses.

This simple, plastic free, low waste shaving solution will give you a lovely clean shave while caring for the planet.

What a great feeling to know you are no longer contributing to the 153 million disposable razors in landfill. It is a total win/win.